Before graduating from the RA Schools in 2013, Dubai-born Faramawy also studied at The Slade School of Fine Art. He works across a wide range of media including digital video, print, painting, sculptural installation and computer programmes. Much of his work alludes to an urban experience of life where technology and its relationship to the body takes a central role.

His solo exhibitions have included Total Flex 2.0, Legion.tv in 2012 and 4 at URA Gallery in Istanbul in 2009. Recent group exhibitions in the UK and the United States have included: Bloomberg New Contemporaries at Spike Island and the ICA, Chimera Q.T.E at Cell Project Space, Heterotopias at New End Art Foundation, Abstract Cabinet at David Roberts Art Foundation, Febreze at Kinman Gallery, Ruby at Gallery Vela, and Interplanetary Revolution at Golden Thread Gallery.

In 2013, Faramawy was also short listed for the Dazed/Converse Award. His work was screened at the Oberhausen Film Festival, the Ikono on Air Festival, and the Edinburgh Arts Festival (presented by Circa Projects). In 2012 he was commissioned by FACT to contribute to the rhizome- hosted ‘Five Videos’ online series in response to Liverpool Biennial: the Unexpected Guest. 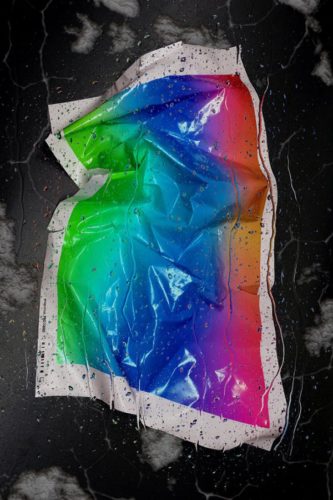 Galleries who deal in prints from Adham Faramawy