Bobby Grossman arrived on the
New York scene in the midseventies
with a BFA from the
Rhode Island School of Design. His
first job was assisting Richard
Bernstein, the artist known for his
covers of Andy Warhol’s Interview.
Bernstein’s studio was at the
Chelsea Hotel, ground zero for the
punk explosion, and the hotel
became Grossman’s home. In
addition to assisting, Grossman
worked as a magazine illustrator,
but he became more interested in
photographing the scenes he
encountered at the Chelsea, at
Warhol’s Factory, and C.B.G.B.’s.
His ability to get inside scenes and
befriend his subjects, and his punky
photographic style made his
pictures popular with a host of
publications – Rolling Stone,
Interview, Artforum, The New York
Times, Soho Weekly News, The
Village Voice and many more. His
photos were picked up by clients as
diverse as MTV and Vogue. He also
created promotional pictures for his
artist friends, including Blondie,
Iggy Pop, David Bowie, The
Ramones, Robert Fripp and Talking
Heads (for whom he shot the cover
of Psycho Killer.)
Grossman was on the scene at the
punk clubs and Glenn O’ Brien’s TV
Party, the weekly cable show David
Letterman called “The greatest show
ever” where he was the official
photographer. In 1981, Grossman
was featured in the seminal “New
York/New Wave” exhibition
curated by Diego Cortez at P.S. 1
Institute for the Arts and Colab’s
legendary “Time Square Show.”
Since then he has exhibited his work
in museums and galleries around
the world. In 1994, he exhibited in
“Beat Art” at the Grey Gallery at
New York University.
In 1996-1997, Bobby Grossman and
Roberta Bayley curated the traveling
photo exhibition “The Cool and the
Crazy – Images of Punk” which
included over 40 photographers
including Robert Mapplethorpe,
Gerard Malanga and Andy Warhol.
In 2000, Grossman collaborated on
the book “New York Beat” that
documents the film “Downtown 81”,
starring Jean-Michel Basquiat.
(Grossman made a cameo
appearance in that film.)
His photographs have appeared in
numerous published biographies,
including those of Andy Warhol,
William S. Burroughs, Lou Reed,
Blondie and Jean-Michel Basquiat.
Recently his photographs illustrated
the annual report of the Warhol
Foundation, and the catalogs of the
“East Village USA” show at The
New Museum and “Basquiat” at The
Brooklyn Museum. His photos are
featured in the documentary film
“TV Party” which debuted at the
2005 Tribeca Film Festival, and in
the TV Party DVD series released by
Brink Films. His work currently
appears in 3 documentaries: Tamra
Davis’ “Jean-Michel Basquiat – The
Radiant Child”, “Blank City” and
“William Burroughs: The Man
Within”.
In 2006-2009, Grossman was part of
the group exhibition – “Bande a part:
New York Underground 60s, 70s,
80s.” The show sponsored by
Anges b. opened in Paris and then
traveled to London, Los Angeles,
Portland, Tokyo, Hong Kong and
NYC. Grossman’s “Andy Warhol
Corn Flakes” photograph was used
as a billboard overlooking Beverly
Hills to promote the exhibition. The
catalog/book for “Bande a part” is
available in the United States by
Gingko Press.
In 2009, Grossman collaborated with
Shepard Fairey on a portrait of
Debbie Harry. The painting was part
of Fairey’s MAY DAY exhibition at
Deitch Projects in Soho.
Bobby is currently living in Palm
Beach, Florida and working on a
book of photographs – LIVE FROM
ALPHABET CITY.
Glenn O’ Brien wrote of Bobby
Grossman: “Bobby’s great pictures
are a natural outgrowth of his
delightful personality. People
wanted to give Bobby good pictures
because they liked him. He was
more than a fly on the wall, he was a
fly in the ointment, right in the
middle of where the action was. He
shot so much film that people asked
if there was really film in the
camera. I think Bobby’s pictures
have a very special intimacy about
them because he was one of the
gang. He was in the car, on the
stage, under the table. Some people
played guitars, some sang. Bobby
took pictures. But he was 100%
punk.” 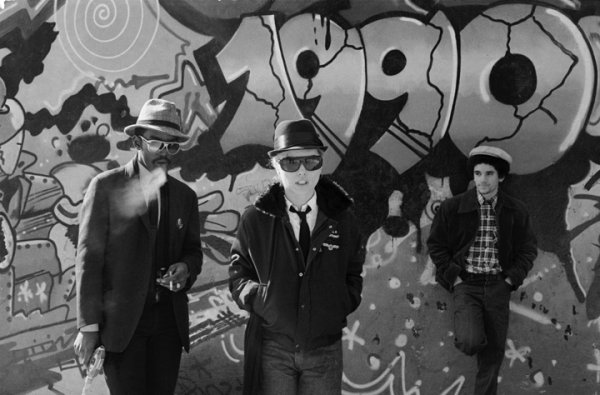 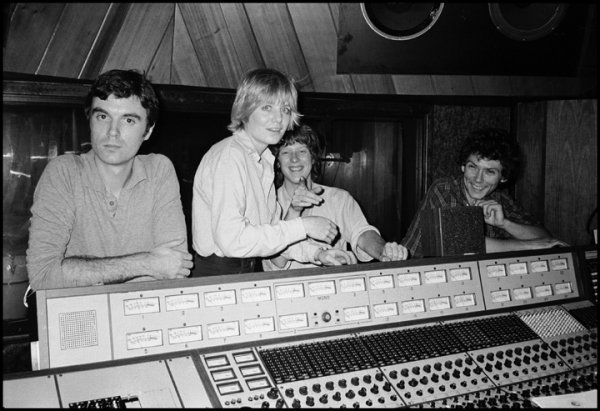 Galleries who deal in prints from Bobby Grossman