Gabor Peterdi, painter, printmaker, author and educator, was born on September 17, 1915, in Pestujhely, Hungary and began his art studies at the Hungarian Academy in 1929 at the age of fourteen. His first solo exhibition was mounted at the Ernst Museum in 1930 and that same year Peterdi won a Prix de Rome scholarship for painting and continued his studies at the Academia delle Belle Arti. The following year he went to Paris where he attended the Academie Julian and the Academie Scandinavien. He joined Hayter’s Atelier 17 in Paris in 1933 where he explored the techniques of engraving.

Peterdi immigrated to the United States in 1939 and, later that year, his first American solo exhibition of paintings opened at the Julien Levy Gallery in New York. He soon became a US citizen and joined the military serving in Germany.

After his military service, Peterdi resumed his printmaking career at Atelier 17 in New York. He began teaching at the Brooklyn Museum in 1948, organizing the graphic arts workshop there. Peterdi’s creative approach to intaglio continued to expand as he invented new techniques and printed from larger plates. In 1952, he became Associate Professor of Art at Hunter College, where he taught until 1959. In 1953 he also began teaching at the Yale-Norfolk summer school, and he joined the art faculty of Yale University as a visiting professor, gaining a full-time appointment in 1960.

In 1959 Peterdi published his seminal book Printmaking Methods Old and New. His work garnered forty honors and is in the collections of the Metropolitan Museum of Art, Museum of Modern Art, Brooklyn Museum, New York Public Library, Art Institute of Chicago, Museum of Fine Arts Boston, Philadelphia Museum of Art and the Worcester Art Museum. 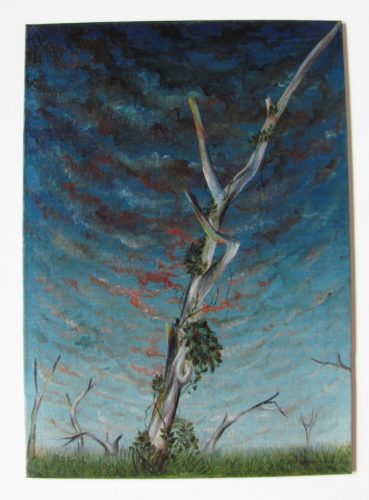 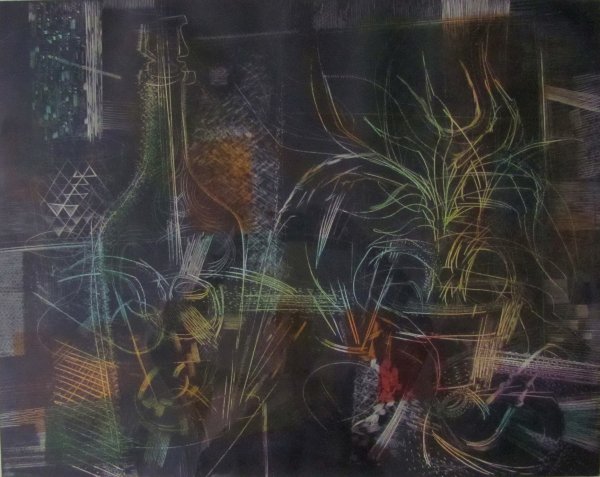 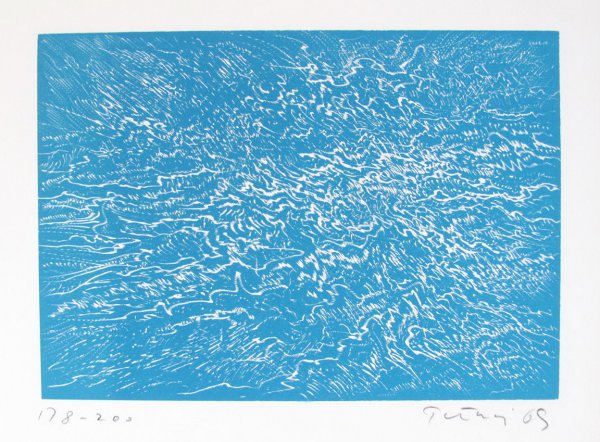 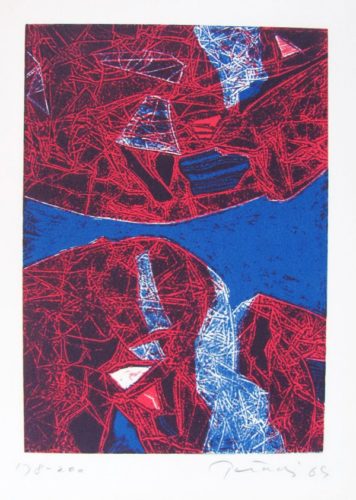 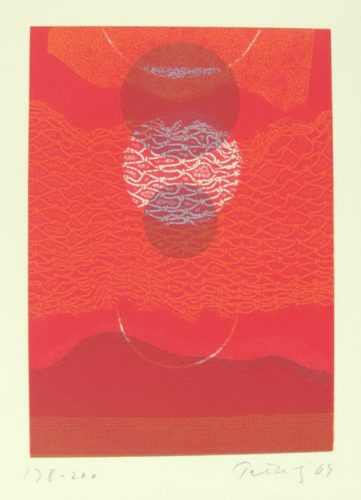 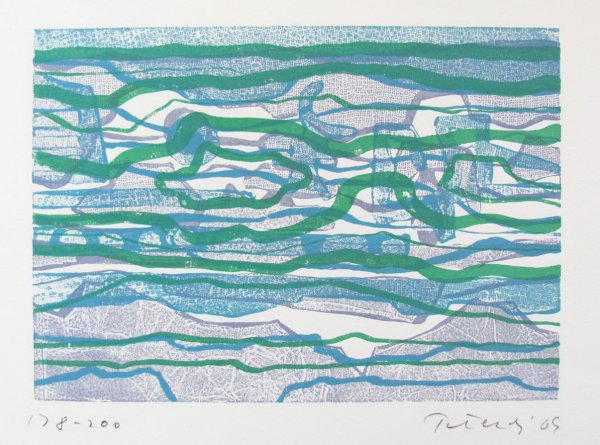 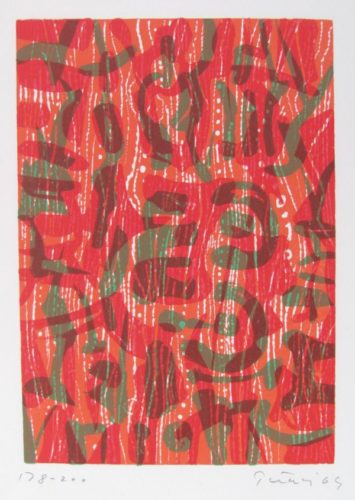 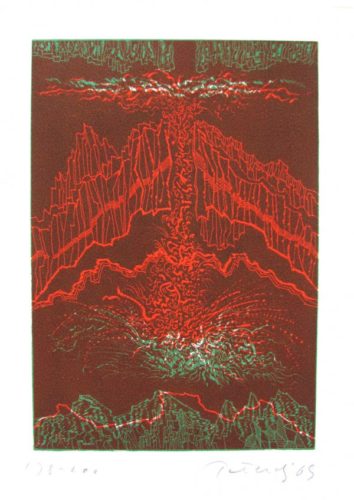 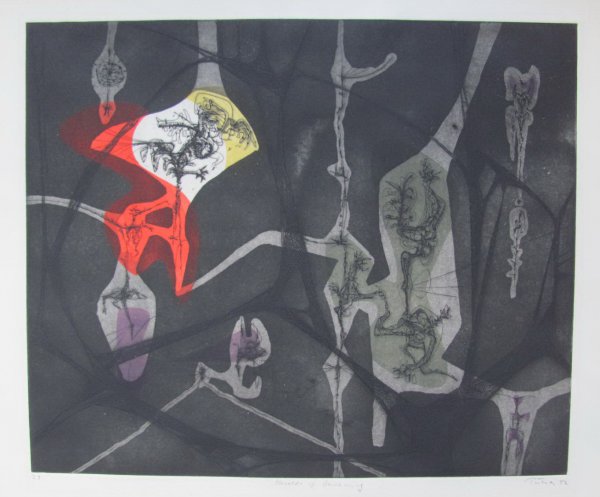 Galleries who deal in prints from Gabor Peterdi