James Hunter’s recent series of abstract works could be said to fall into a genre that’s referred to as ‘surrealist automatism’ or ‘automatic drawing’, where marks are made without consciousness. Each created in the same colour palette on canvases of exactly the same size and presented in the same ‘portrait’ format, this group of paintings were born out of the need for a ‘lack of process’ after a period of being confined to making very structured pieces in a controlled environment.

Born in Lancashire, Hunter studied BA (hons) at Leeds Metropolitan University where he made painting and performance work collaboratively with his twin brother Anthony, achieving 1st class honours. After graduating in 2009, the twins landed a job sitting for Damien Hirst at his exhibition ‘POP LIFE’ at Tate Modern, which involved them sitting by one of the spot paintings throughout the exhibition wearing identical clothes, staring at the viewers – a great opportunity for performance artists as it was almost a continuation of their own practice. Following this they both became painting assistants for an unknown employer, and when this turned out to be Damien Hirst, a year later they were painting the spots rather than sitting beneath them.

After two years of working as a technician for Hirst, Hunter has recently left to focus on his own work and career as an artist. He started to experiment with the butterflies and spots he’d been working on, however after realising this was a tedious and boring process that he wanted to move away from, he began to become frustrated with painting and the thought processes and self-questioning that comes with it. This led to a consideration of what the ‘opposite’ of this structured format he’d become accustomed to was. Realising that it was important to enjoy the journey in making the work, he began to empty his mind and try and not be aware of what was happening on the canvas. He would start at a certain point and then every subsequent mark he made was a response to what he saw, every mark becoming evident and meaningful. He then stops when he feels the time is right. The result is the honest and playful journey that forms the recent series of works seen here.

Having been around many high-end works at Hirst’s studio during his time there, James saw the importance of attention to detail, finish and presentation, and this is reflected in these high quality pieces, perfectly displayed in identical box frames. And it’s this juxtaposition of the free, unsupervised mark-making paired with the structured identical format of the canvases and high finished perfection that makes these works so interesting.

Having recently relocated from London, James currently lives and works in Liverpool, UK. 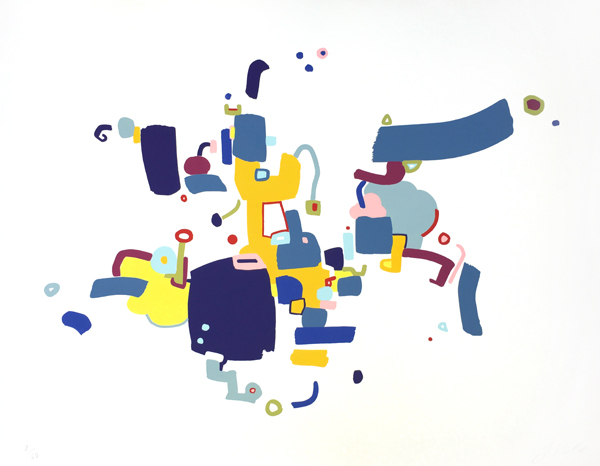 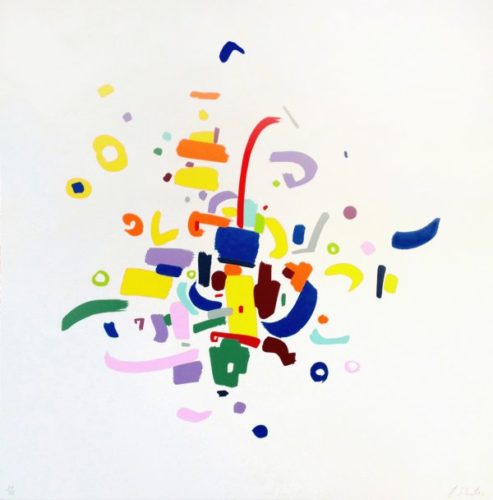 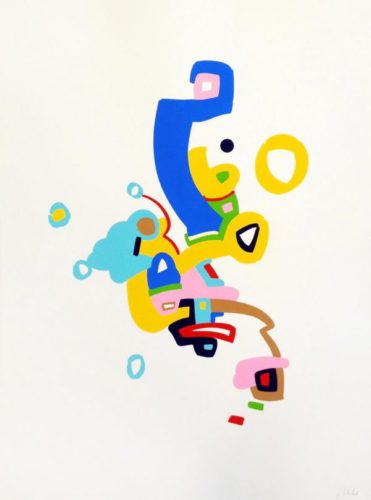 Galleries who deal in prints from James Hunter