Pose (Jordan Nickel) was born in 1980 in Evanston, Illinois, and is currently based in Chicago. He began practicing graffiti in 1992 and received a painting degree from Kansas City Art Institute in 2004. His studio work is strongly informed by his graffiti experience and his immersion in traditional sign painting. Pose is a member of The Seventh Letter, an acclaimed West Coast artist collective and Mad Society Kings (MSK), a world-renowned graffiti crew. Pose has painted murals all over the world. In 2013, he and fellow MSK artist REVOK were invited to collaborate on a mural for the illustrious Houston/Bowery wall in conjunction with their first two-person exhibition at Jonathan LeVine Gallery.

Named “One to Watch” by CNN in 2015 as part of their international television series that shined a light on up-and-coming creative talent set to be the next big names in culture, modern pop artist, POSE, has been applauded for his inventive ability to take every day, throw-away things and introduce them into the world to communicate something much deeper. 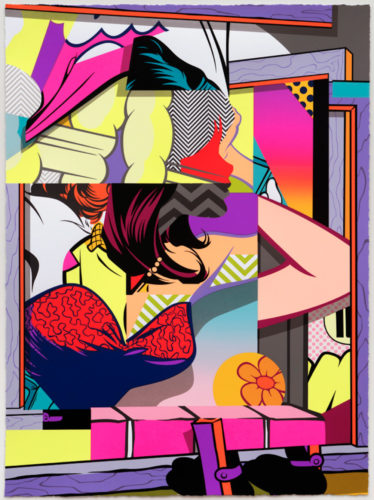 Galleries who deal in prints from Jordan Nickel (Pose)