Mark Flood is known for his prankster antics, creating art that mocks American culture and the contemporary art world. For one of Flood’s frequent modes of production, he crudely stencils graphic, confrontational statements on found signs, as in UPDATE YOUR RESUME / BURGER KING (2009), or on canvases or cardboard, as in 25 ADDITIONAL PAINTINGS (2009). Despite the mocking tone and seemingly slapdash nature of much of his work, Flood also demonstrates mastery and technical prowess in his “lace paintings”, such as Floral Event (2009), which are beautifully and meticulously rendered. For these, Flood’s process involves laying down layers of paint and lace, then painting the lace directly to create an exquisitely detailed surface.
American, b. 1957, Houston, Texas, based in Houston, Texas 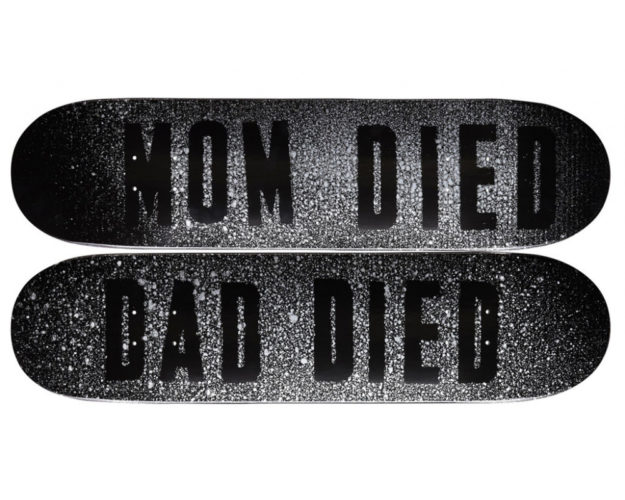 Galleries who deal in prints from Mark Flood