Pete McKee was born in Sheffield in 1966. It was the year England won the World Cup but also the year that his beloved Sheffield Wednesday lost the FA Cup. Perhaps it is this bittersweet beginning that has given rise to some of Pete’s most poignant work.

McKee draws on themes of relationships, nostalgia and popular mass culture and combines these with a wonderful self-deprecating humour. These evocative images are earning him a world-wide following.

The artist affectionately captures life’s simple pleasures with an innocence often lost in today’s fragmented and high octane society. McKee’s images make you stop and think. The artist’s most sentimental paintings project a bittersweet synthesis; they can make you laugh out loud, or break your heart.

McKee’s iconic style has led to a growing international fanbase. Noel Gallagher commissioned him to design the posters for Oasis’s last tour and the pair recently collaborated on a design for Gallagher’s concert with Jake Bugg in aid of the War Child charity. McKee has also been commissioned by Disney, the Arctic Monkeys and Richard Hawley.

In 2010 Pete was approached by internationally renowned designer Paul Smith with a view to staging an exhibition at his flagship Tokyo store. This saw the development of Teenage Kicks – an exquisitely produced limited edition book that celebrates the influence a musical awakening had on Pete. This McKee retrospective takes in several musical genres, Goth, Punk, Rock, Hippies and Rap are amongst the styles featured in this coffee table tome. To commemorate this collaboration selected images were reproduced on Paul Smith clothing and bags specifically for the Japanese market.

The same year he opened his first dedicated gallery A Month of Sundays in Sheffield. The artist continues to live and work in Sheffield. 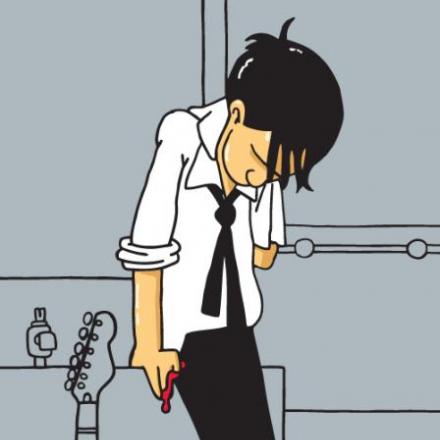 Galleries who deal in prints from Pete McKee