Born in London in 1928. He studied at the Slade School 1945 – 50 and afterwards, on a French Government scholarship, worked under Hayter in Paris at Atelier 17. In 1955 he designed the sets and costumes for Cranko’s ‘The Lady and the Fool’ at Covent Garden and subsequently worked for him in Stuttgart. He taught print-making at the Chelsea School of Art and is a founder member of the Printmakers Council.

Richard Beer has had many one-man exhibitions including those at the St. George’s, Zwemmer, Curwen and Studio Prints Galleries. In 1970 he collaborated with John Betjeman to produce a portfolio of prints and essays ‘Ten Wren Churches’, published by Editions Alecto. In 1973 he was commissioned by Christies Contemporary Art, who now regularly publish his prints. London Transport commissioned him to design a poster on Hawksmere buildings. He exhibits regularly at the Royal Academy, and travels widely every summer, usually in Italy.

His works are mainly architectural and landscape which display the artist’s great elegance, his ability to interpret both basic forms and decorative material with an economic line, his special ability for capturing textural detail, and perhaps most importantly his huge talent for evoking the feeling and atmosphere of the places he visits.

Richard Beer captures with great accuracy the elements of light, colour, form and texture that in synthesis, communicate the full atmosphere of a location; but they do so also with the freshness of revelation for which Richard Beer has become well known. 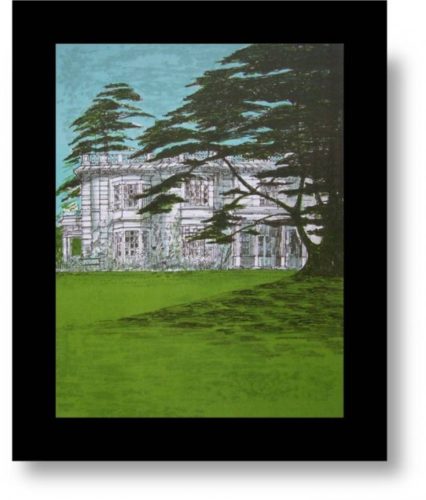 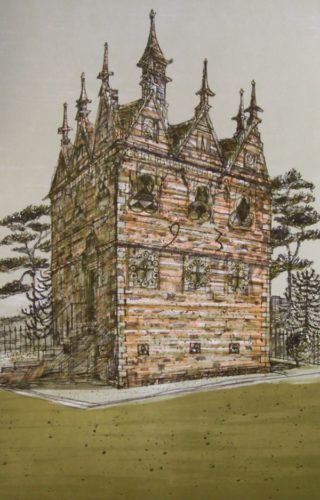 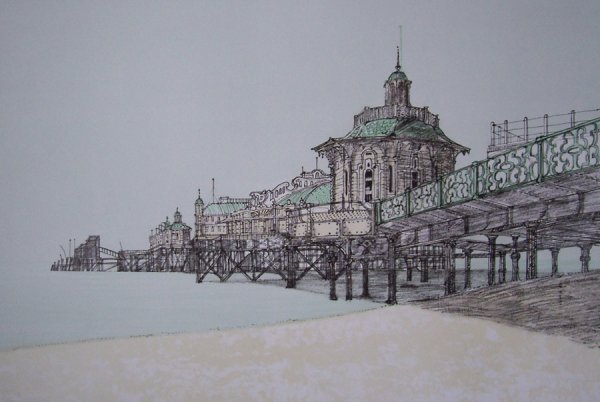 Galleries who deal in prints from Richard Beer