Tsugumi Ota is a Japanese artist based in London. Her main media are stone and marble sculptures, woodcuts and drawings. Often inspired by myths, poems and classical writings, Tsugumi’s images are striking and original. Since moving from Japan after studying under Kokuta Suda and at Kobe University, Tsugumi Ota studied at the Central School of Art and Design in London, completing postgraduate studies there in 1983. The following year she was sculpting at the SEM studio in Pietrasanta, Italy to which she returned several times. She has exhibited her work both in UK and Japan. Her large black and white woodcuts are outside the norm of traditional Japanese woodcut prints, while her stone and marble carving is rarity in modern sculpture: each piece is totally unique from its conception to the finish without a maquette Her work is held in the following collections: Sheffield City Art Gallery, British Council, Open University, Contemporary Art Society, Birmingham University, University of Strathclyde, University of Louisiana, Daiwa Anglo-Japanese Foundation, Singapore International Airport 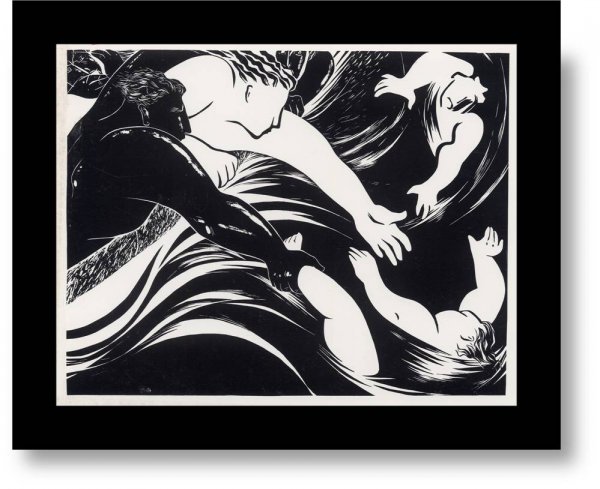 Galleries who deal in prints from Tsugumi Ota