This interview is part of a series of interviews which we are conducting with contemporary artists represented by Emanuel von Baeyer – Cabinet, who use printmaking in their work. Each interview focuses on a particular printmaking technique for which the artist is known. It explores the challenges, experiences and sources of inspiration associated with working with that specific technique.

“The idea of mezzotint has always interested me, as the subject of all my work is the light.”
– Judith Rothchild

Judith and Mark, since you work together and create together, how did you meet?
J.R.: Mark and I met in Vienna, in German classes for foreigners in 1973 and soon after settled in the south of France. We have always worked together as we bought a ruined house and there was plenty to do rebuilding it. Later, we screen printed posters for ourselves and then for other artists. Mark didn’t come from the world of design, but he was very good at laying out posters. The books started in 1997 when I learned mezzotinting.

How and when have you started printmaking?
J.R.: I think I have always been a printmaker. I made my first linocut at age twelve, I think. When I was 13, I had a commission from friends of my parents for a two-colour print and was paid $12. That was my first sale. As a teenager, I discovered reduction linocuts. At art school, I did quite a bit of etching and lithography and learned screen printing making posters against the Vietnam war in the cellar of the dorm. When we came to France, I principally worked in pastel, but we made very elaborate editions in screenprint after my pastels in anything up to 20 colours.

Judith, why did you choose the technique of mezzotint?
J.R.: The idea of mezzotint has always interested me as the subject of all my work is the light. However, when I was at art school, nobody knew anything about it and I think it would have been seriously frowned upon as being unfashionable. It took twenty-three years after leaving school to find someone who could teach me.

How labour intensive the process of mezzotint making?
J.R.: Preparing the plate is very long – especially the larger formats. I use a pole rocker, so it is less painful for the wrist and elbow, but a 30 x 40 cm plate can take over 20 hours of rocking with a 4-inch rocker. But the good side is that when the plate is well prepared it is free sailing from there. Many artists are attracted to mezzotint because it is supposed to be slow and zen, but I draw very quickly and I can work up a very complex drawing in a few days. I have a basic rule that it takes at least five or six state proofs to advance the drawing and let the surface of the plate mature.

Do you draw directly on the plate or you use one of your prep drawings for inspiration, perhaps one of your pastels?

J.R.: Most of my images are drawn directly from life on to the plate. I have a little “stage” on my worktable so that my subject is eye height. I very rarely make preliminary drawings, only sometimes to see if a complex image can fit on the plate. I also use drawings from my sketchbook to make prints from our travels. I think I have only used a photo twice for hundreds of prints but that was for a very specific subject, for example the hidden face of the moon.

Who are your biggest influences in this technique from the past and the present?

J.R.: I learned mezzotinting from Albert Woda in a four-day course, so for a number of years he was a very important influence. He also published our first book. I don’t really have many “influences”, but I have colleagues that I respect, like Mikio Watanabe. Recently, I have seen the work of Sarah Gillespie, which I like a lot. There is a biennial International Mezzotint Festival in Ekaterinburg, Russia, which brings together the work of one hundred mezzotinters worldwide. There are some very skilled printmakers out there, but it is unfortunate that there are few whose combination of technique and image really gel for me.

Do you see if collecting habits of mezzotint works differ in different countries?

J.R.: It is not so much a question of collectors, but of printmakers; there are many countries where mezzotinting is virtually unknown.

How do you work? What is your daily routine?

J.R.: There is no daily routine. I work on my plates virtually every day, usually after the gardening and before cooking.

M.L.: Making books is not a full-time project, however, when I am involved, it is a seven-day-a-week job. We had a student with us in August who was surprised to see that book making could be so intensive. 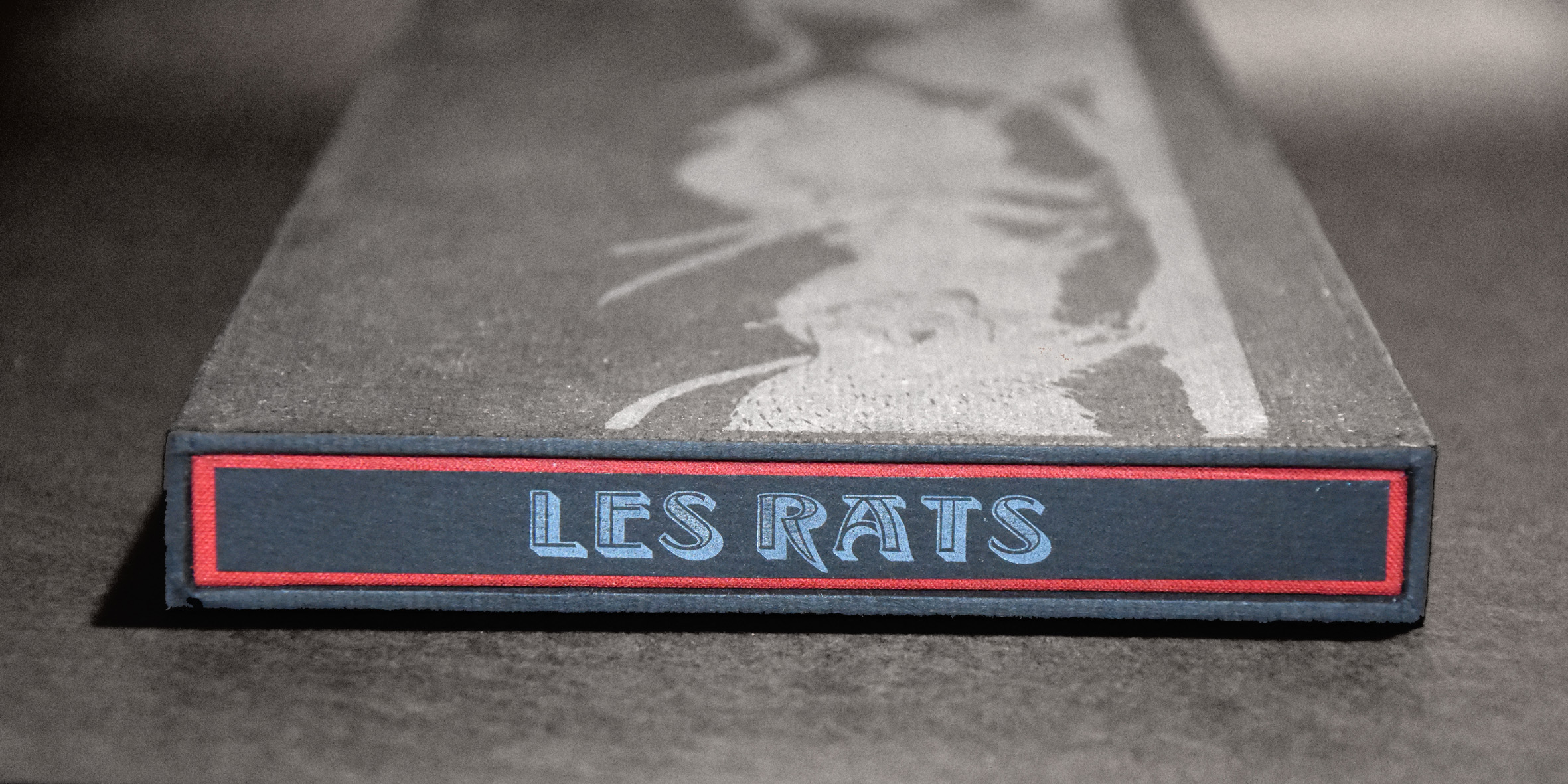