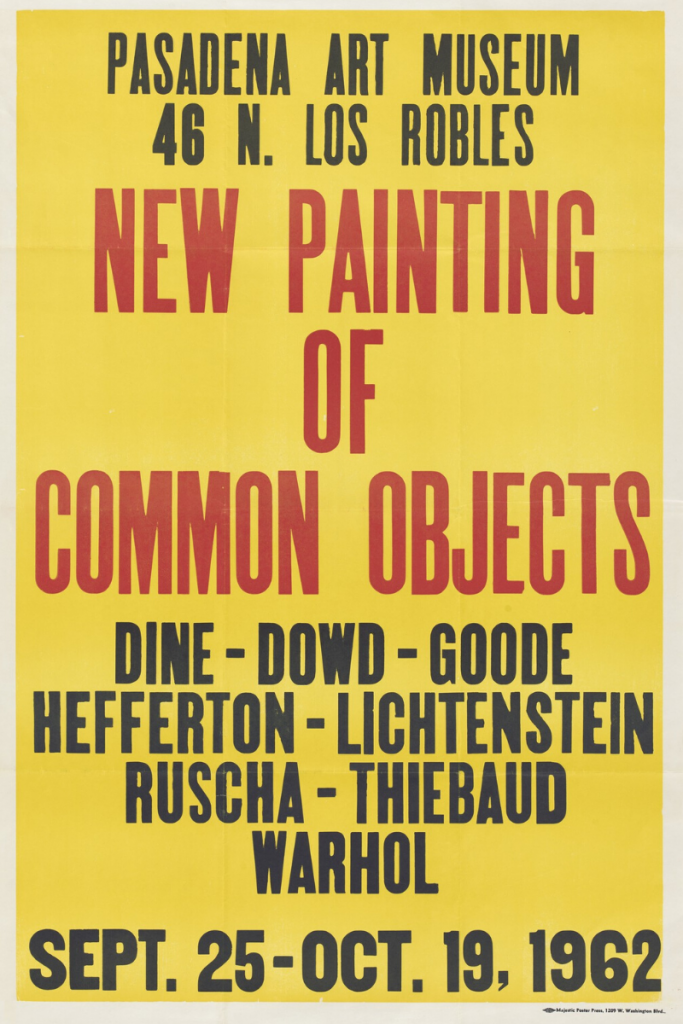 The artists came from different backgrounds. Thiebaud was a teacher at the University of California at Davis. Lichtenstein, Hefferton and Dowd had previously worked in the Abstract Expressionist style. Dine had been associated with Happenings (performance art) in New York. Warhol had been a successful commercial artist. The youngest members of the group, old high school friends Ruscha (24) and Goode (25), had recently left art school and were supporting themselves with graphic design work and odd jobs. In particular, Ruscha worked as a layout artist for the Carson-Roberts Advertising Agency in Los Angeles.