Josef Achmann grew up in Regensburg as the son of a master hafer. In 1906 he began his artistic training in Munich at the West Ried Art School with Hans Fleischmann; in the summer semester of 1907 he moved to the Academy of Fine Arts. 1908–11 he had his own studio in Regensburg, 1912–14 he was studying in Paris. In 1917 there followed a joint exhibition in Munich with George Grosz, Max Pechstein and Erich Heckel. From 1919 to 1921 Achmann published the expressionist magazine ‘Die Sichel’ together with the poet Georg Britting. The oil painting ‘Die Brennsuppenesser’ (1919), with a sickle in the background, pays homage to this collaboration. After 1935 Achmann was banned from exhibiting; his paintings have been removed from public galleries. From 1940 until his death he lived in Schliersee.

Achmann was married to the actress Magda Lena (Magdalena von Perfall, 1883-1940). She was engaged at the Munich Residenz Theater and ran a private drama school. Achmann portrayed her in numerous theatrical roles, primarily in the technique of woodcut and, appropriately, in expressionistically exaggerated poses.

A dissertation (with a catalogue raisonné) is currently being prepared on Achmann’s graphic work at the Institute of Art History at the University of Regensburg. 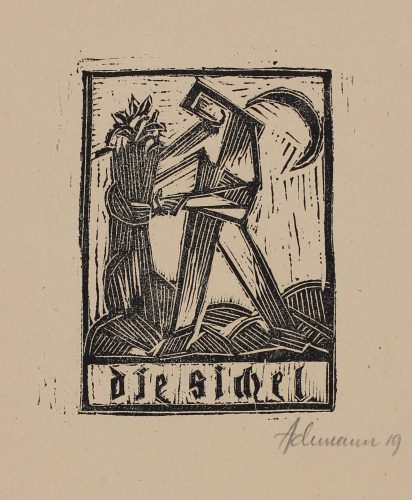 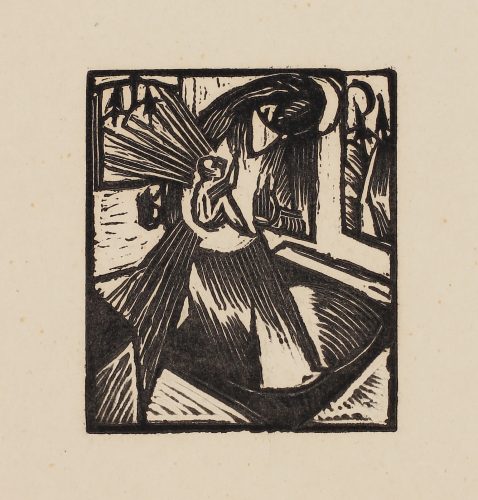 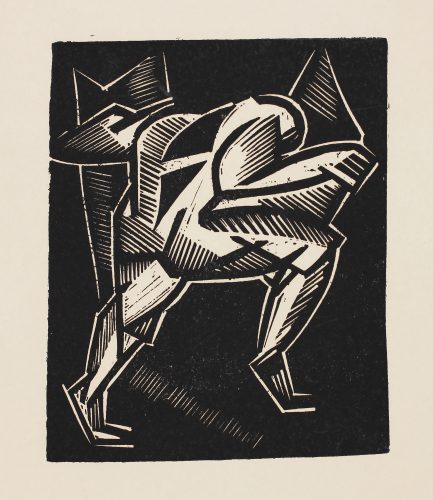 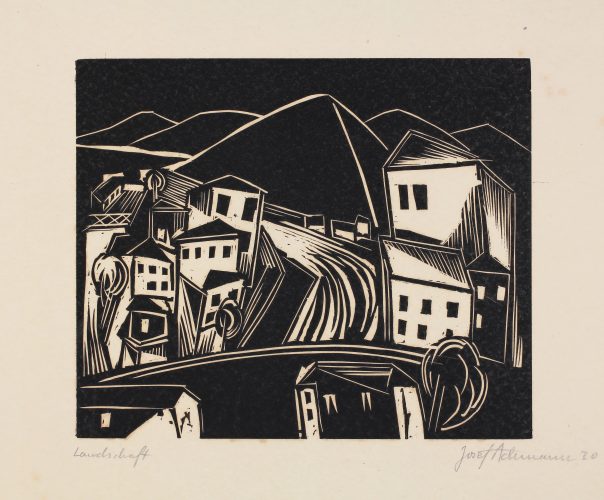 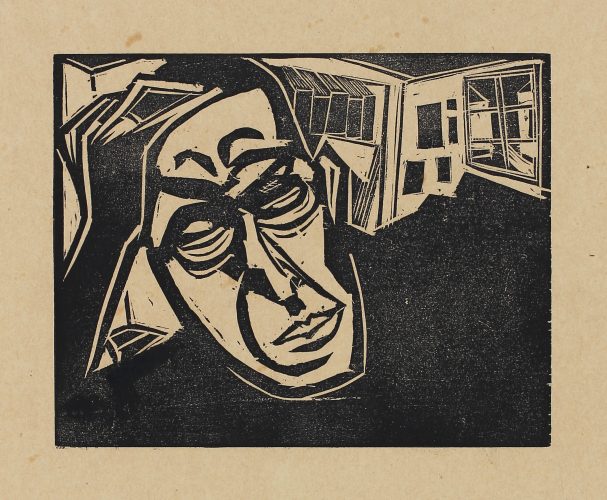 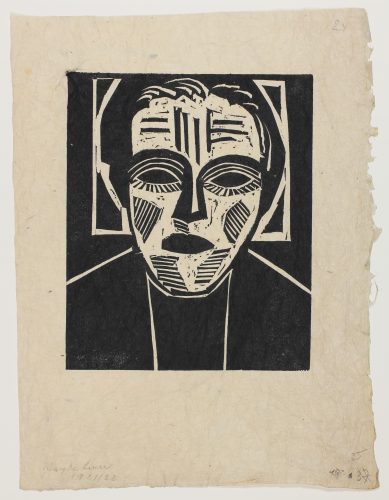 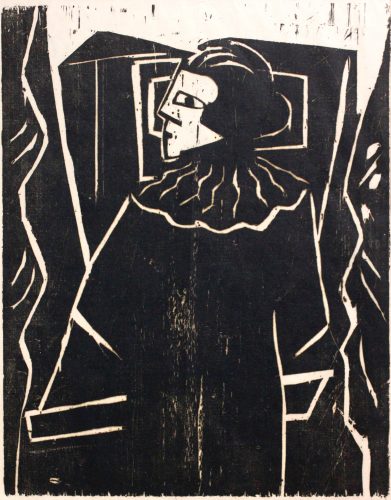 Am Fenster (At the Window)
Josef Achmann
Galerie Hochdruck

Galleries who deal in Josef Achmann prints and art 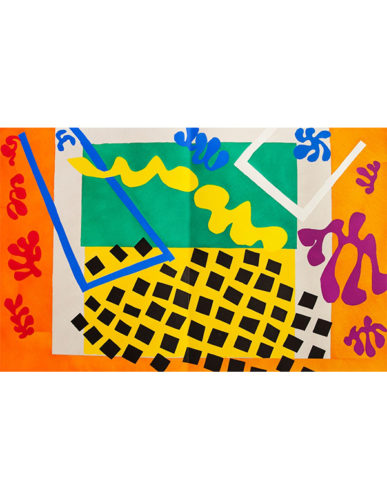 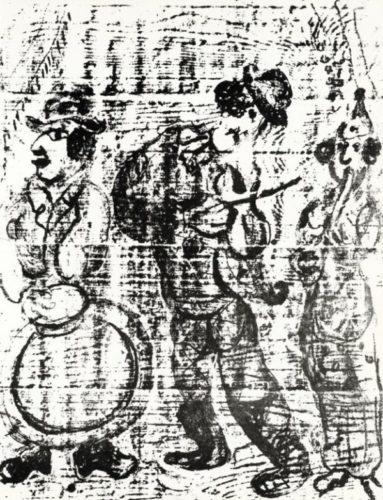 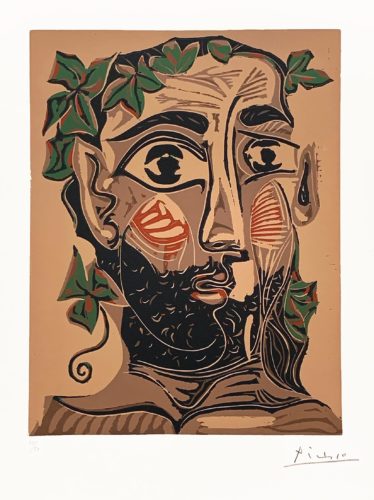 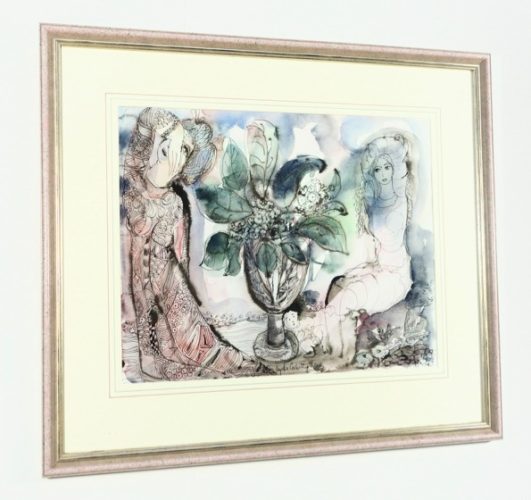 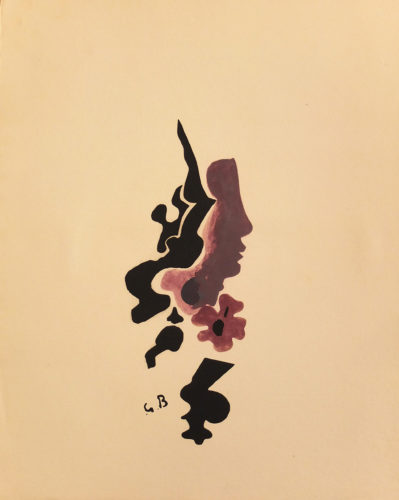 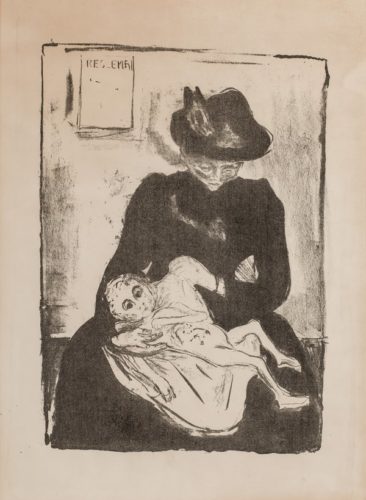 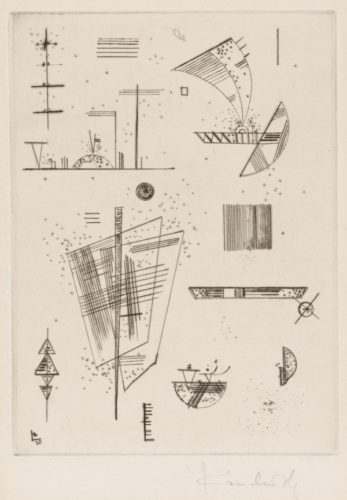 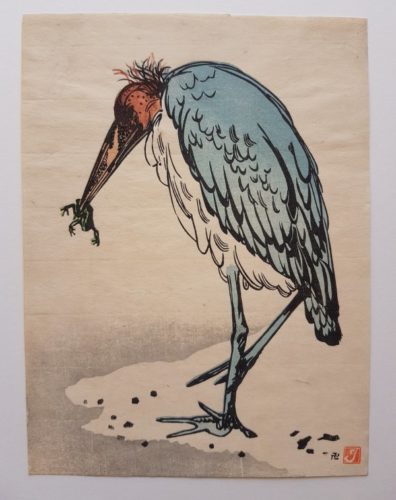 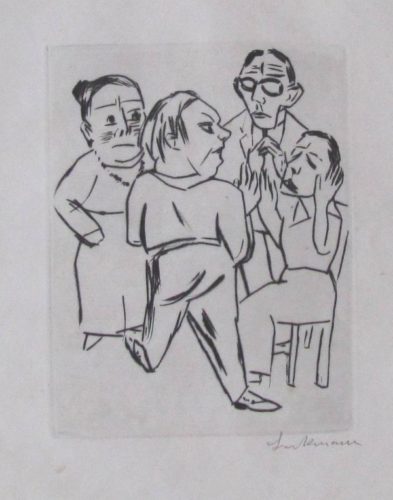 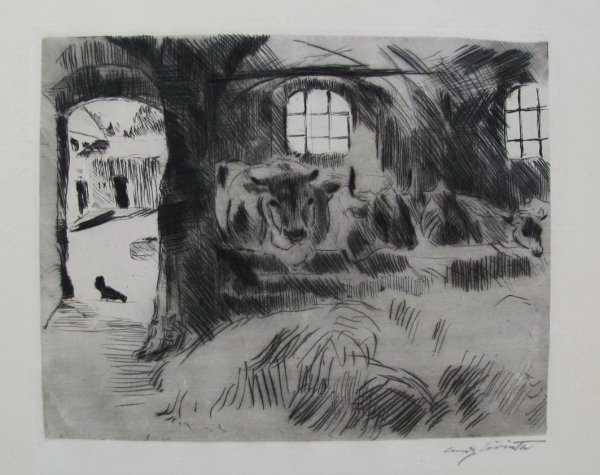 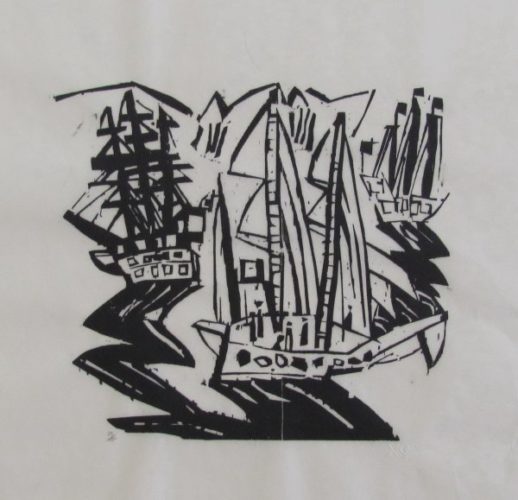 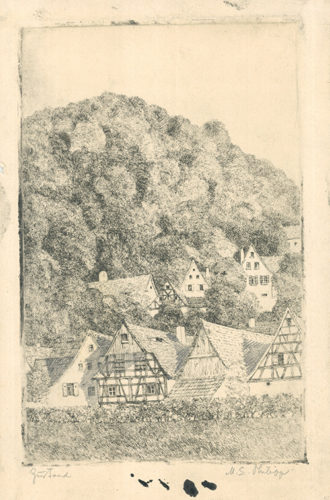 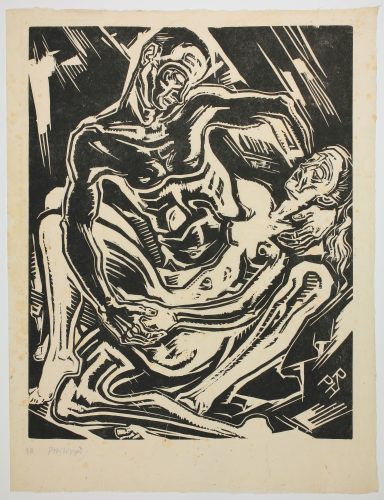