Born and trained in Britain but a resident in America since 1958, Morley is best known as an exponent of Superrealism, his explorations of which were inspired by various forms of printed media. Superrealism represents only one aspect of Morley’s career, however. As his technique became freer in the 1970’s, he began to introduce so-called “found” objects into his work. In the 1980’s he increasingly used watercolours made while traveling as the basis for oil painting. Besides travel, many of Morley’s pictures derive from childhood memories or picture manufactured disaster scenarios. His highly charged imagery plays on the expectations and fears of contemporary life.

Morley’s work combines autobiographical, mythical and emotional content, with a painting style influenced not only by Cézanne but also a range of twentieth century art movements, including Cubism, Surrealism and Abstract Expressionism. Morley was the first artist to win the Turner Prize, in 1984.

Morley is distinguished by his quixotic approach to painting and his ability to re-invent himself. He is one of the few painters of the last four decades to have risked change on such a grand scale and achieve international success. 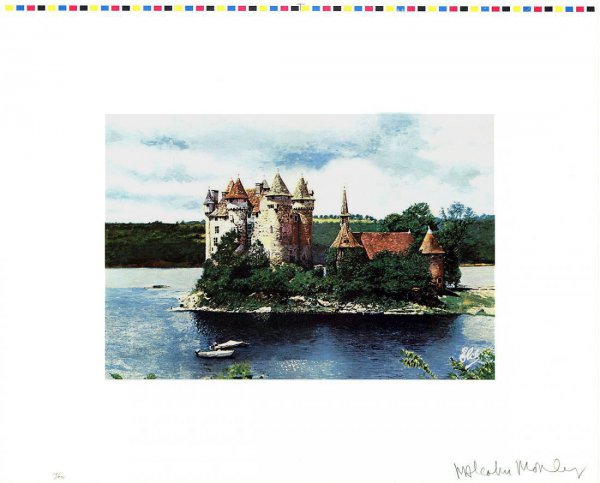 Galleries who deal in prints from Malcolm Morley