Modern Chinese artist Yue Minjun has a deeply personal, autobiographical style. His most well-known works are self-portraits, showing the artist laughing in a multitude of environments. His first love is oil painting, though he often copies his original works into watercolour, sculpture and print. Minjun studied his craft in the 1980s at the Hebei Normal University in the Hebei province of northern China. His chief inspiration is his contemporary, fellow Chinese painter Geng Jianyi, who also produced works of his own laughing face from the 1980s onwards.

Yue Minjun’s other themes include social and political commentary, often challenging the strict conventions of the China he grew up in, in his abstract expressionist style. Although many within the Chinese art world associate him with the Cynical Realist movement, he doesn’t consider himself to be a part of it. His works are a hit on the international scene, with his piece ‘Execution’ selling for £2.9 million at Southeby’s in London in 2007. This made it the highest selling piece by a modern Chinese artist. 13 of his works have sold for more than £1 million. Another notable creation is his ‘Hat’ collection, depicting himself wearing various hats that donate roles taken up in society – a policeman’s helmet, a Special Forces beret, a chef’s hat and so on. 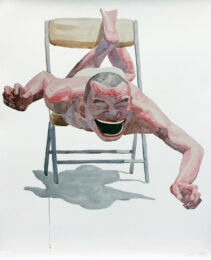 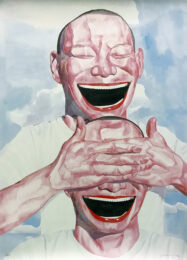 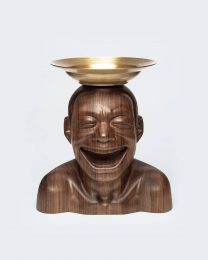 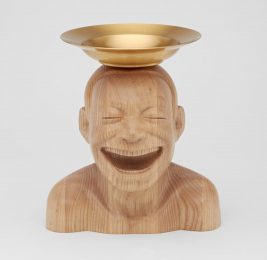 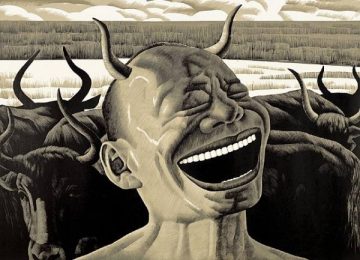 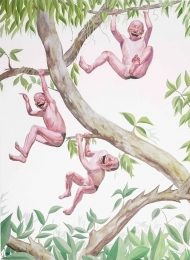 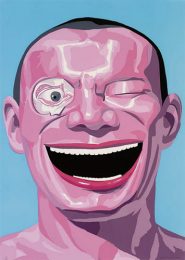 Galleries who deal in Yue Minjun prints and art 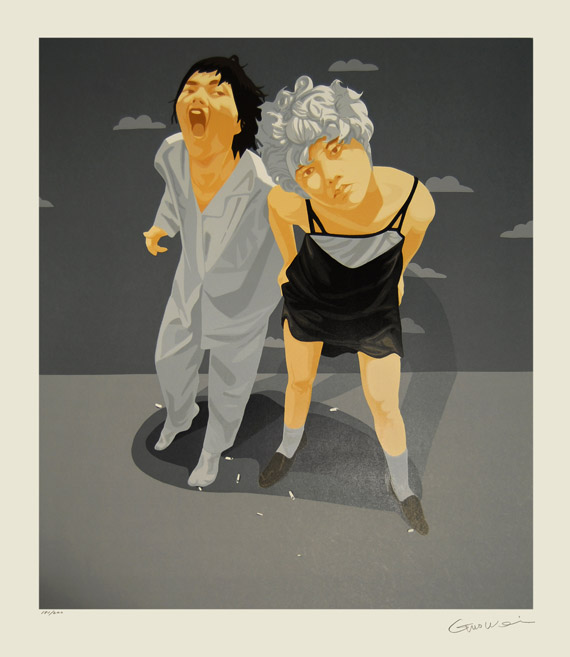 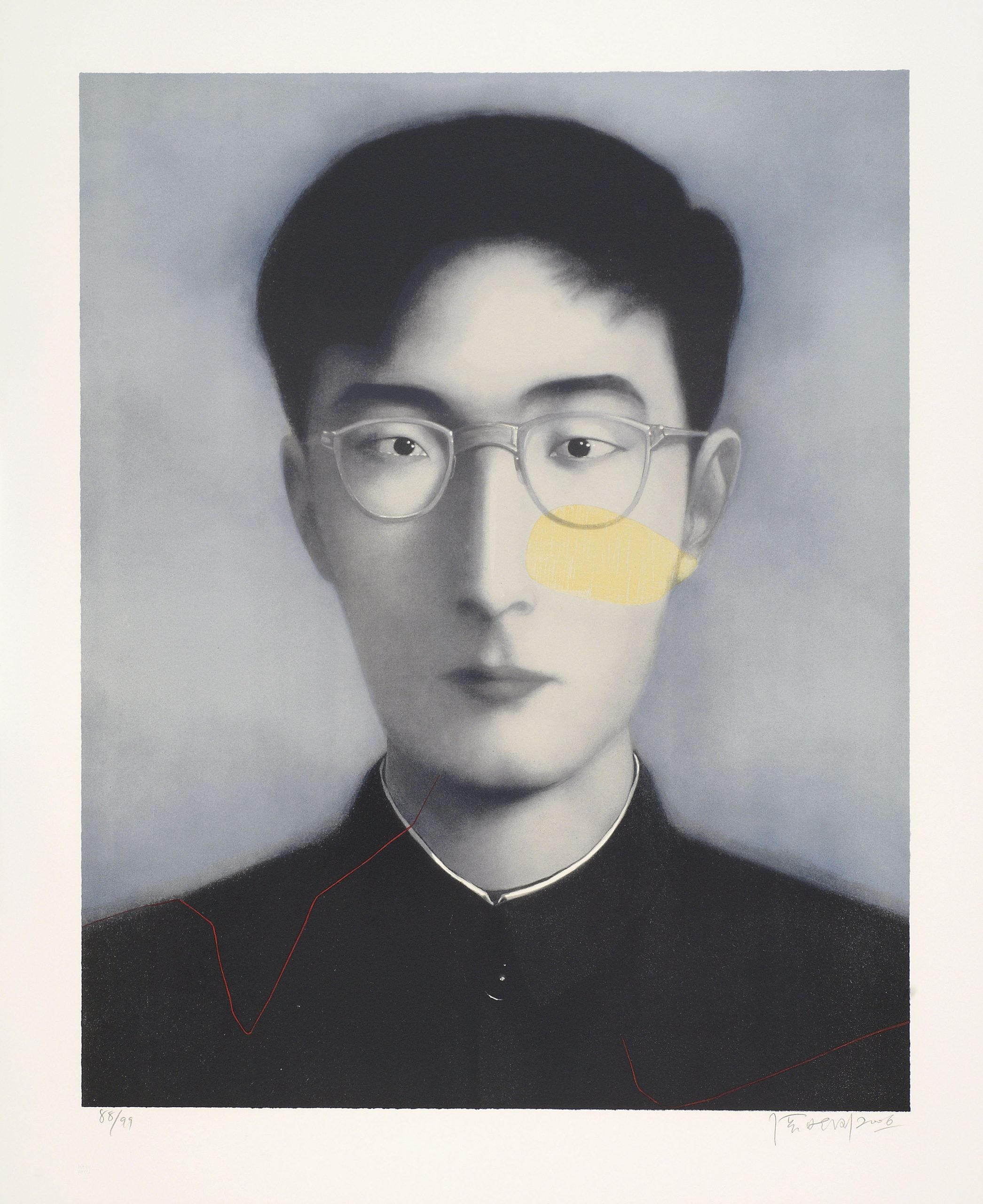 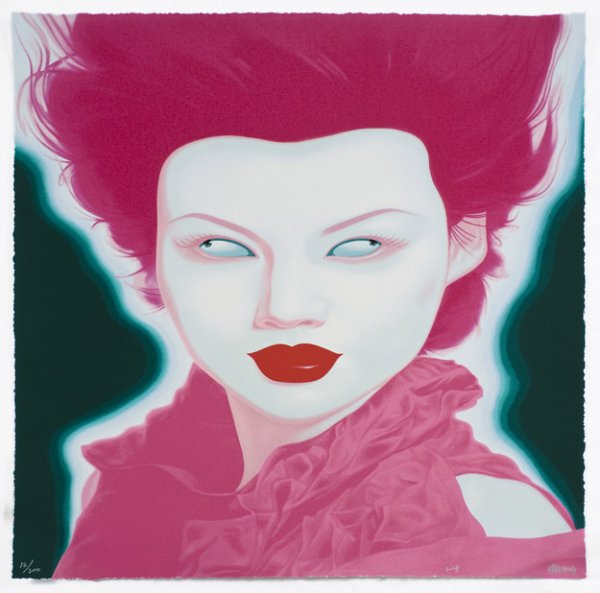