Only a very small number of artists have had such a huge impact on modern art as the American printmaker, sculptor and draughtsman Sol LeWitt. A key player in the births of Conceptualism and Minimalism, Sol LeWitt prints created some of the most intellectually taxing artworks of the last five decades and changed forever the way in which art is regarded.

Born in Hartford, Connecticut, LeWitt studied at Syracuse University before joining the US Army and serving in the Korean War. By 1953 he resided in New York, and took classes at the Cartoonists and Illustrators School (which later became the School of Visual Arts). In 1955 he was employed as a graphic designer for I. M. Pei architects before being a night receptionist at the Museum of Modern Art in 1960-65. It was here that his co-workers included fellow artists Robert Ryman, Robert Mangold and Dan Flavin.

The 1960s also saw LeWitt become heavily influenced by a combination of Eadweard Muybridge, Josef Albers and Robert Rauschenberg, further developing his uniquely cerebral approach to creating art. His breakthrough then came in the mid-1960s with his first ‘structures’, as they were known. Through geometric constructions of repeated skeletal cubes, LeWitt explored the idea of art that put the concept of its inception far above the way it was executed materially. This ‘Conceptual Art’ (a term he coined in 1967) radically changed the relationship between artwork and artist, and deeply challenged the notion that the artist was the master craftsman; an idea that had remained unchanged since the Renaissance. LeWitt later explained that in Conceptual Art, the concept or the idea behind a piece of art is the most important thing about it. Sol LeWitt prints are all about the interpretation of a piece by the viewer, not the materials they incorporate. Just as a composer’s score is a work of art regardless of how it is performed, LeWitt’s extraordinary wall drawings or modular cubic structures were simply the result of systems and concepts that the artist had built independently from the work itself. For LeWitt, the concept was what made the art so appealing, meaning it didn’t matter who actually created the piece itself – it could be the artist, his assistant or somebody else. 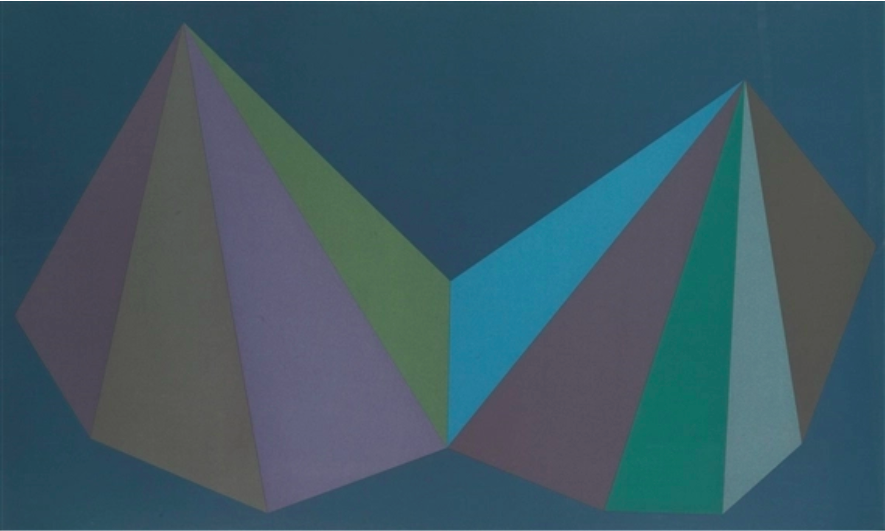 In 1976, LeWitt went on to cofound the non-profit artist book Printed Matter, Inc. with author Lucy Lippard. During the course of his career, Sol Le Witt prints would have a profound influence on the art world in general, as well as his peers including Eva Hesse and Frank Stella. In the 1980s he left New York for Spoleto in Italy and by the 1990s his wall drawings had become increasingly striking and flamboyant, in stark contrast to the austerity shown in his sculptures over the ten or so years before.

Sol LeWitt died on the 8th April 2007 in New York. Today, Sol Le Witt prints, sculptures and other pieces can be found in the collections of London’s Tate Gallery, the Art Institute of Chicago, the Dia Art Foundation in Beacon, New York, the National Gallery of Art in Washington DC and the Walker Art Center in Minneapolis.