The German engraver, printmaker, mathematician, and theorist, Albrecht Dürer established his career with his woodcuts that gained him his reputation beginning in his twenties. Since then, he has been recognised as one of the greatest artists of the Northern Renaissance.

Albrecht Dürer’s earliest prints were influenced by German printmakers such as Martin Schongauer. Engravings became his preferred technique for his later body of work. To create his engravings, Dürer first engraved the image onto a copper plate with a cutter. Afterwards, the engraved plate was inked and wiped, depositing the dark ink into the grooves. This technique would have been familiar to Dürer who worked as a goldsmith in his father’s workshop. Dürer’s earliest signed print was the engraving Holy Family with Dragonfly, c. 1494. His greatest achievements in printmaking include three engravings completed between 1513 and 1514: Knight, Death and the Devil, St. Jerome in his Study, and Melencolia I. These engravings are some of his most famous masterpieces in the medium.

It was during his apprenticeship with Wolgenut that Dürer studied the technique of woodcuts.  In creating his woodcuts, Dürer typically provided sketches of the design in mind and relied on artisans to cut the sketches into the wood. In 1496, he began creating 12 woodcuts which depicted the death of Christ. This series, Large Passion, took 15 years to complete. However, one of his greatest achievements in the woodcut medium was the Apocalypse, a set of 15 woodcuts narrating the revelations of St. John. This set was completed in 1497-98.

Dürer’s prints is highly associated with having a religious undertone, such as in his woodcuts the Apocalypse series, and his iconic etching of Adam and Eve (in which his signature is widely visible hanging from the sign on the branch Adam is holding). The artist’s work is highly influenced from Italian theory, in which the idea of the human form correlated to a system of proportions and measurements which is demonstrated in the work Adam and Eve. Yet he is not only known for his woodcuts, he too is highly sought after for his paintings, alter pieces, amongst other religious works, including portraits and self portraits, for example, his Self Portrait dated to 1500 shows the artist as Jesus in which not only the resemblance through physical characteristics are visible, but also through his hand gesture portrayed, which represents the sign of the benediction.

What is intriguing though is that while he is most sighted for his religious works, whether it be paintings, etchings, alter pieces, etc., he is also acknowledged as one of the first European landscape artists, in which watercolour was used to embellish the final woodcut print. 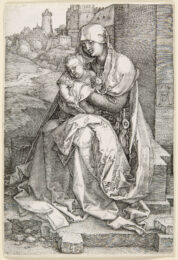 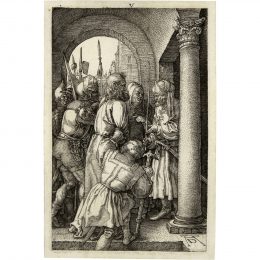 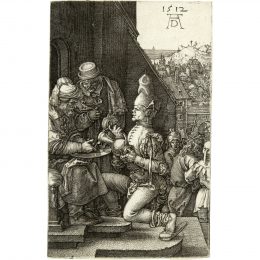 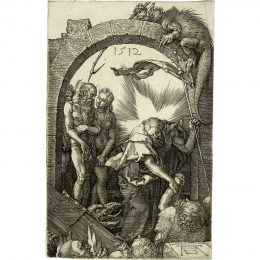 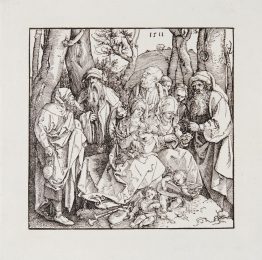 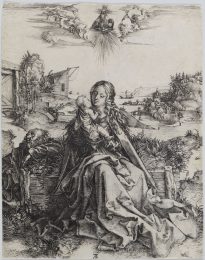 The Virgin with the Dragonfly
Albrecht Dürer
Christopher-Clark Fine Art 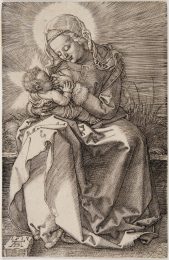 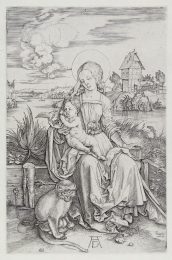 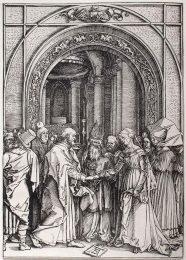 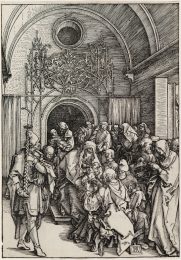 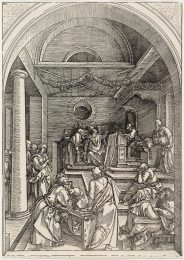 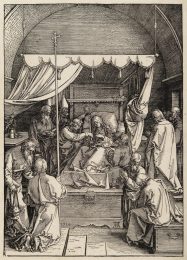 Galleries who deal in Albrecht Dürer prints and art 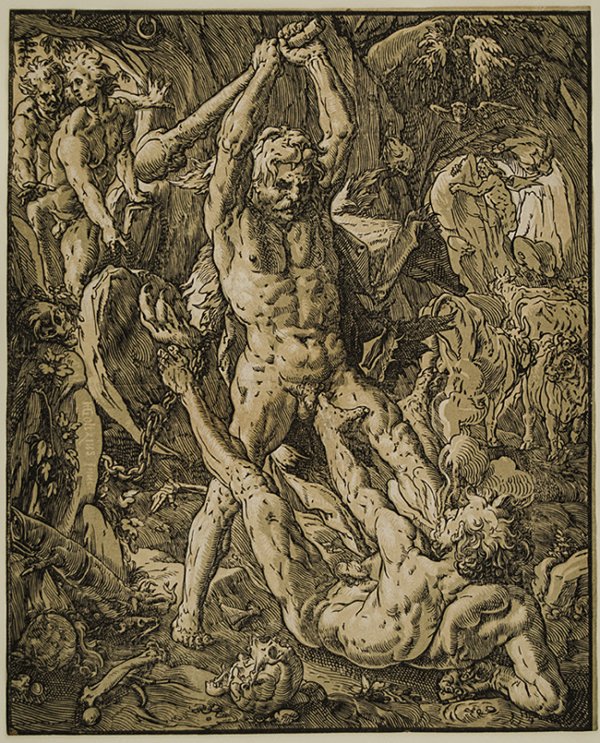 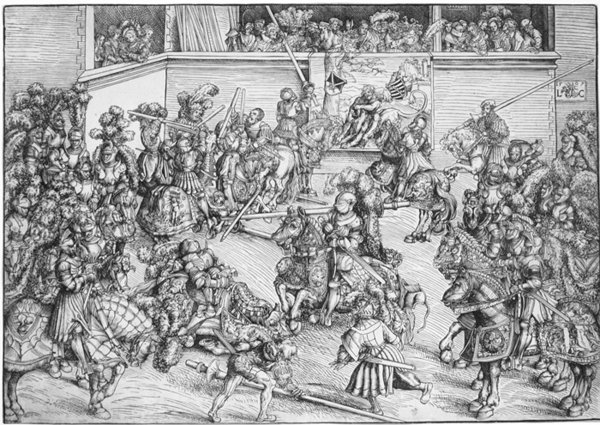 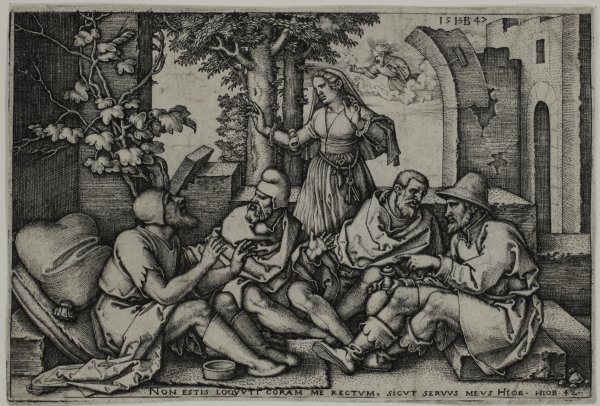