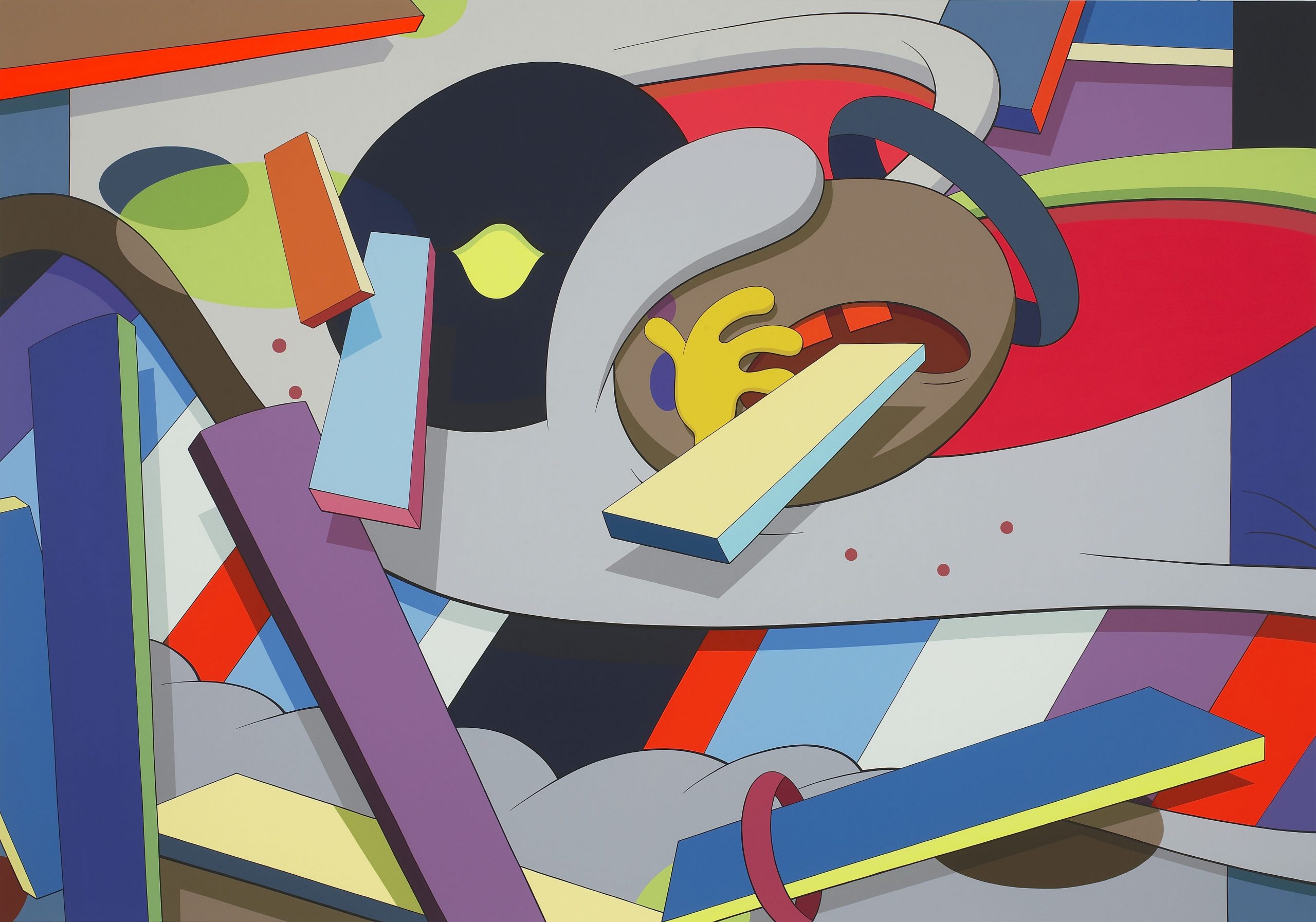 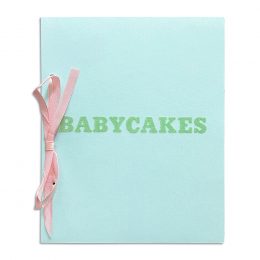 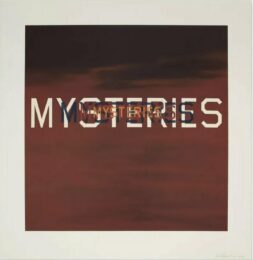 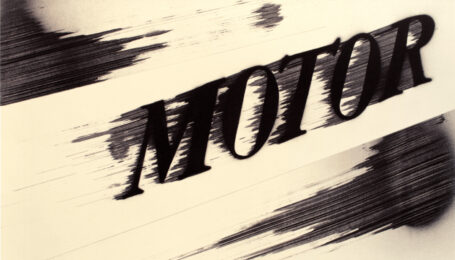 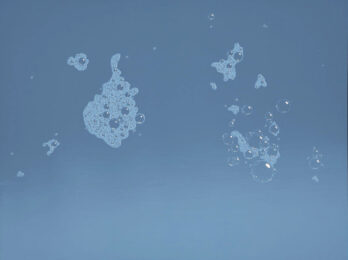 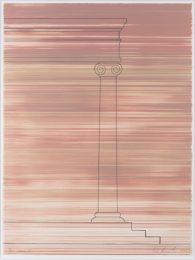 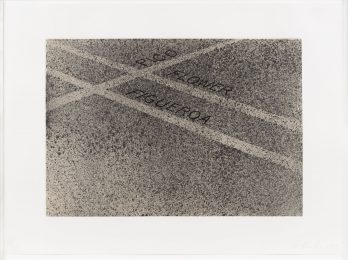 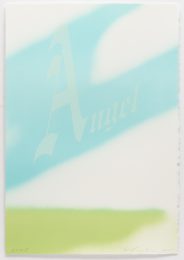 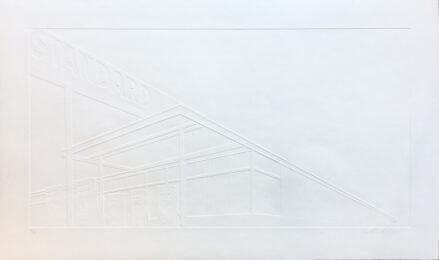 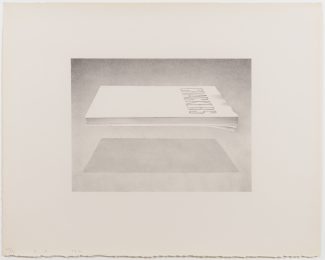 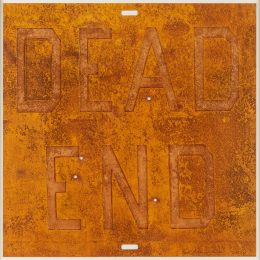 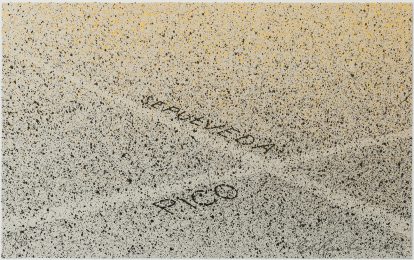 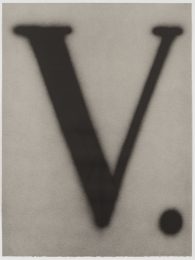 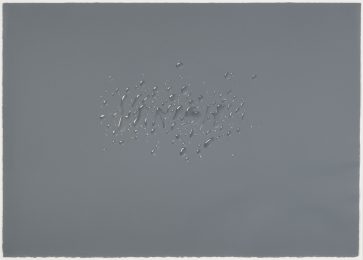 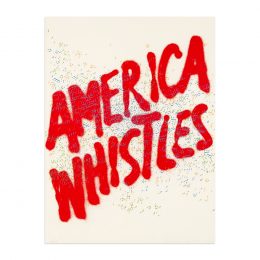 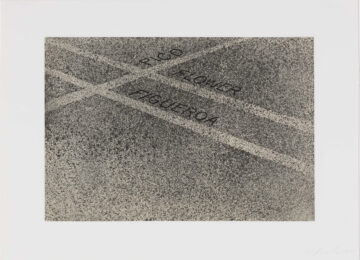 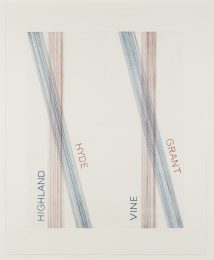 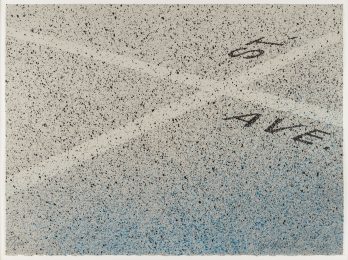 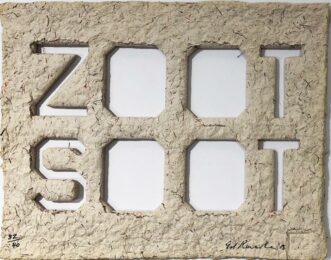 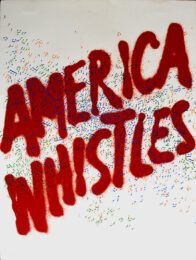 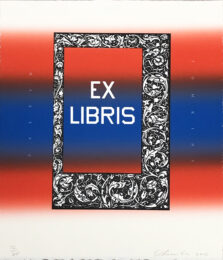 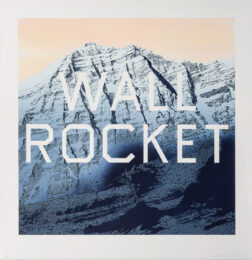 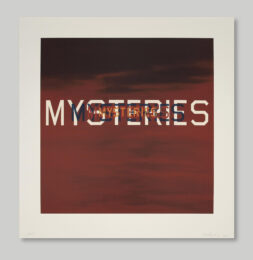 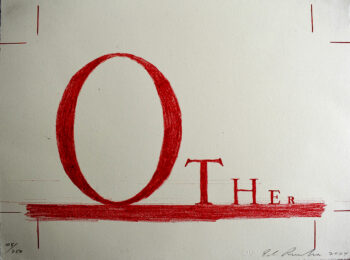 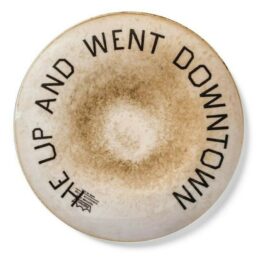 He Up and Went Downtown
Ed Ruscha
Baldwin Contemporary

Contemporary art is art produced from the 1970s to today. Diverse and eclectic, contemporary art as a whole is distinguished by the very lack of a uniform, organising principle, ideology, or “-ism”. Contemporary art is part of a cultural dialogue that concerns larger contextual frameworks such as personal and cultural identity, family, community, and nationality.

Some define contemporary art as art produced within “our lifetime,” recognising that lifetimes and life spans vary. However, there is a recognition that this generic definition is subject to specialised limitations.

Contemporary artwork is characterised by diversity: diversity of material, of form, of subject matter, and even time periods. It is “distinguished by the very lack of a uniform organising principle, ideology, or – ism” that is seen in many other art periods and movements. The focus of Modernism is self-referential. Impressionism looks at our perception of a moment through light and colour, as opposed to the attempt to reflect stark reality in Realism. Contemporary art, on the other hand, does not have one, single objective or point of view, so it can be contradictory and open-ended. There are nonetheless several common themes that have appeared in contemporary works, such as identity politics, the body, globalisation and migration, technology, contemporary society and culture, time and memory, and institutional and political critique.

This art movement can sometimes seem at odds with a public that does not feel that art and its institutions share its values. In Britain, in the 1990s, contemporary art became a part of popular culture, with artists becoming stars, but this did not lead to a hoped-for “cultural utopia”. However, the acceptance of non traditional art in museums has increased due to changing perspectives on what constitutes an art piece.